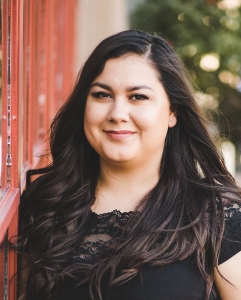 Janeth joined the New Mexico Simon Scholars Program, where she serves as High School Program Manager, in July 2017. She is a first-generation student, an alum of the Simon Scholars program, and a 2011 graduate of Capital High School. She attended the University of New Mexico, where she pursued her degree in Political Science with a minor in Economics. After earning her degree in 2015, she worked as a mentor for high school students at College Plaza at Santa Fe High School. Janeth is very passionate about helping other students like herself surpass the barriers to obtain a higher education. 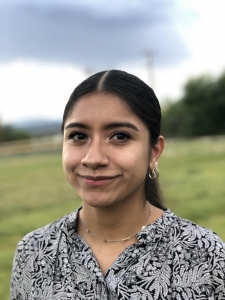 For Selma, being a New Mexico Simon Scholar allowed her to be exposed to many wonderful opportunities. After graduating from Capital High School in 2016, she attended St. Edward’s University in Austin, Texas. After four wonderful years on the hilltop, Selma earned her B.A. in Global Studies. Selma is passionate about helping others, especially when it comes to education. She taught at Breakthrough Santa Fe for the 2019 summer and did a lot of community service in the Austin area during her free time. Since returning to New Mexico after graduating college, Selma has been spending a lot of time re-learning Santa Fe by finding new hiking trails and trying out new local restaurants she missed out while being in college.

Bear Nash was raised in New Mexico since the age of 8 when his family moved from Hawaii. Home-schooled until the 8th grade, he briefly attended a charter high school in Santa Fe before continuing his learning through traveling the world. His experiences prior to joining The Simon Charitable Foundation were primarily in the food service and hospitality industry. Among many experiences he helped restaurant startups and co-founded a bed and breakfast in Uruguay, learning Spanish and business in situ. After 6 years of intermittent travel, he re-settled back home in New Mexico and eventually earned his BA in Economics and an MBA from UNM’s Anderson School of Management. His non-linear educational path enables his appreciation for diverse, individually authentic ways of learning and the desire to promote opportunities for others to learn and achieve their goals.

Bear has held several key positions within The Simon Charitable Foundation since joining the team in 2011. His personal experience from a non-traditional education was an asset he employed as a founding member of the Street Food Institute team. There he developed the business model and grew sales as the Director of Sales and Marketing. When the social enterprise transitioned into an independent 501(c)(3) in 2017, he rejoined the core Foundation team serving as Community Relations Director and the Director of Strategic Initiatives. His experience and successes in those positions have contributed to his understanding of challenges the communities of New Mexico face and his desire to play a role in catalyzing positive changes.

As Executive Director Bear is leading the Foundation and New Mexico Simon Scholars Program team to build upon its successes, and give back to the Simon family on behalf of his brother who was a former Simon Scholar.

Susan joined The Simon Charitable Foundation in 2013. Susan’s career began building software for the banking and finance industry.  After pursuing her M.A. from St. John’s College, she turned her attention to the non-profit sector, finding a natural match of organizational talent with purposeful work.  Susan brings accuracy, attention-to-detail and systems-level organizational skills to the Foundation. With more than 12 years of experience building software for banking applications, Susan understands the value of data integrity and efficient processes which save valuable resources for the organization.  In her spare time, you can find her enjoying the outdoors.