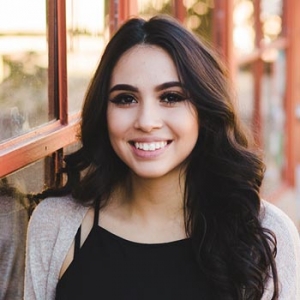 Starting college was a big step in my life that I had been looking forward to for many years now. Moving to a city twelve hours away from home was an even bigger step that also brought a lot of fear as well as excitement. My first semester included a lot of what I had been expecting and it also included many surprises.

Soon after arriving at St. Edward’s I quickly knew that this was the place that I had looked forward to being a part of for the past two years. The diversity, the small classrooms, the welcoming campus, the many service opportunities, the mentors, the great professors, and the beautiful city all excited me and reassured me that deciding on attending St. Edward’s was the right decision. With that being said, after a few weeks of being all on my own I realized it was much harder than I had expected. I was no longer surrounded by my family but instead by complete strangers. Burritos were called breakfast tacos, there were tall buildings in place of mountains and my biggest support system was no longer right next to me. Instead, it came through Facetime and phone calls. When classes began I soon realized that many of classmates had a different background than I did and they lived very different lives. In the classroom I didn’t always speak up like I had in high school because of this and because I didn’t feel like my previous education was at the same level as theirs.

As the semester went on I realized that all of my time consisted of going to class and homework and I still wasn’t feeling quite at home or like I belonged. I spent most of my time in my room studying and never really made the effort of going out and I realized that this was negatively affecting me. This was when I decided I needed to change my routine. I began to get more involved in things that were similar to what I was involved in back home and I tried new things that sparked an interest. I joined GlobeMed, American Medical Student Association, Intramural volleyball, Latino Student Leaders Organization and the two most valuable to me, Baile Folklorico and participation in SERVE 1 Day.

SERVE 1 Day gave me the opportunity to go out in my community and do service and volunteer, something that has always been close to my heart and a big part in what guided my decision of choosing St. Edward’s. It allowed me to learn about different organizations and learn about the different areas and ways I can volunteer around the Austin area. This made me feel as if I was making a difference in my new home and like I had a greater purpose and was now a part of a community. It made me feel more comfortable as I now felt like I could relate to these people and the goals they had in mind.
Being a part of Baile Folklorico was another activity that truly changed my perspective and helped me find my place at St. Edward’s. By being a part of this group I was able to continue what I have loved for the past eleven years. It gave me something more to look forward to everyday and it helped me create friendships and be more outgoing. Dancing as well as the other clubs I joined helped me gain much more confidence outside the classroom as well as inside. It gave me something more to do than just school and it made me feel like I belonged to a community.

As the semester continued I created friendships with people who came from all different parts of the country and the world. I became more open-minded and independent and was able to conquer and overcome things I never knew I could. My first semester made me a stronger person and it made me understand that not everything works out the way you plan and that is perfectly okay. There have been some bumps along on the road but there have also been many good times and I have many good memories that go along with them. This new environment I walked into on the first day now feels a lot more like home.